Let's face it, there is one terrible show that we absolutely can't get enough of. My fiance for instance loves The Bachelor. Spoiler alert: so do I. It's awful, it's dramatic, and it's cringe-worthy a lot of the time. The Bachelor isn't the only awful and addicting show out there. Let's see what trashy shows the Quad City's loves to watch.

To find out what crappy shows the QC and all 50 states can't get enough of, we turn to Spruce. Just like a lot of the surveys we find, Spruce took a look at the Google Trends popularity data for 42 different trashy TV shows. Shows that ranged from Dance Moms to Tiger King to The Bachelor to Vanderpump Rules.

Spruce also took a special look at the Google Trends surrounding the most popular Real Housewives programs and personalities, which we won't get into. If you want to see data on that, click here.

After looking up those Google Trends, Spruce analyzed those trends based on state and region in order to find out which Americans loved different terrible shows. Here is what they found: 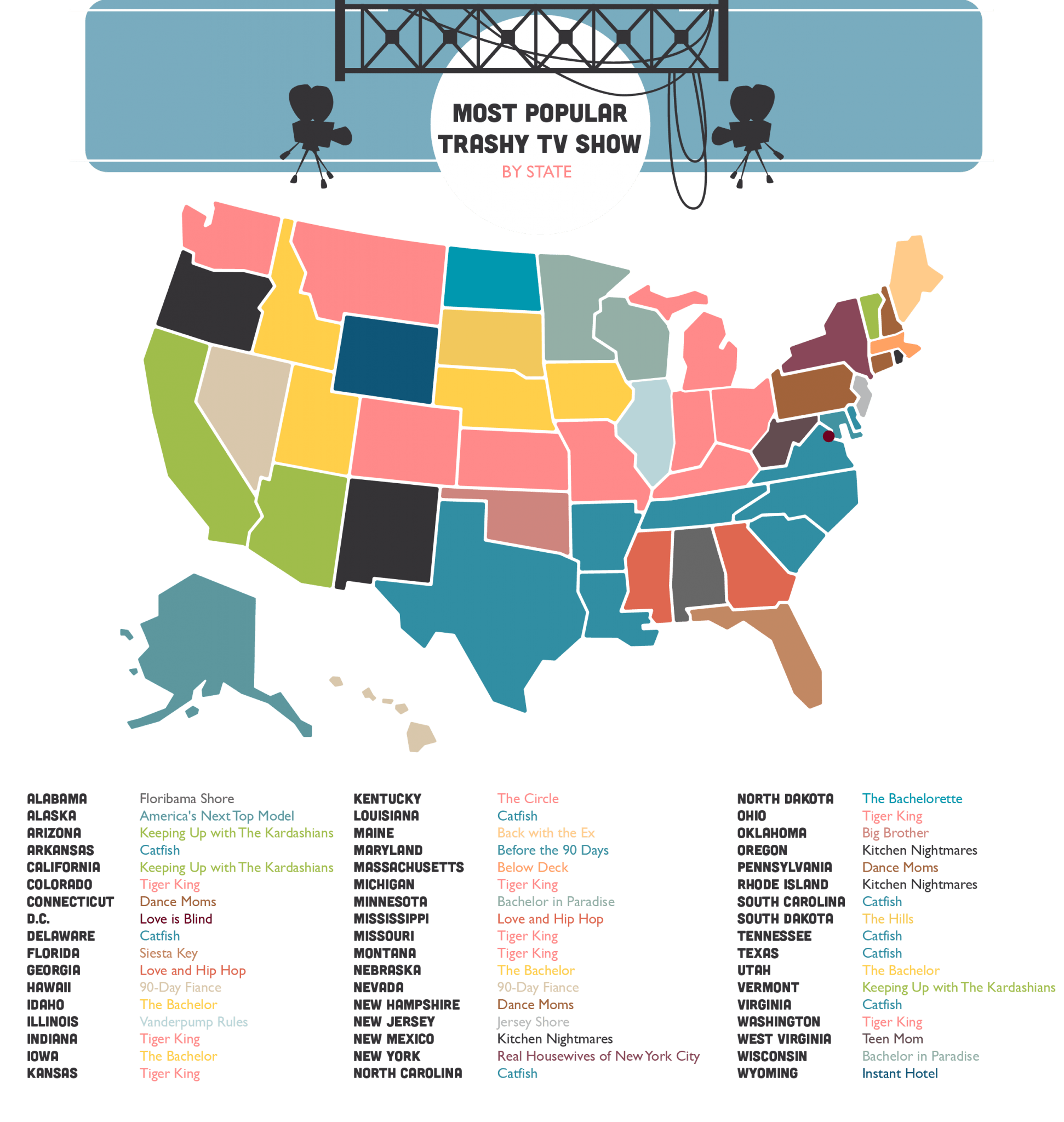 According to Spruce's findings, Iowans and Illinoisans don't agree on trashy television. Iowans love themselves some of The Bachelor. Across the river in Illinois, folks over there can't get enough of Vanderpump Rules. Like I said, I've seen The Bachelor and I can't get enough most of the time. I've never seen Vanderpump Rules so I can't judge it.

Spruce also broke down each regions favorite trashy t.v. shows and this is what the Midwest loves to watch. 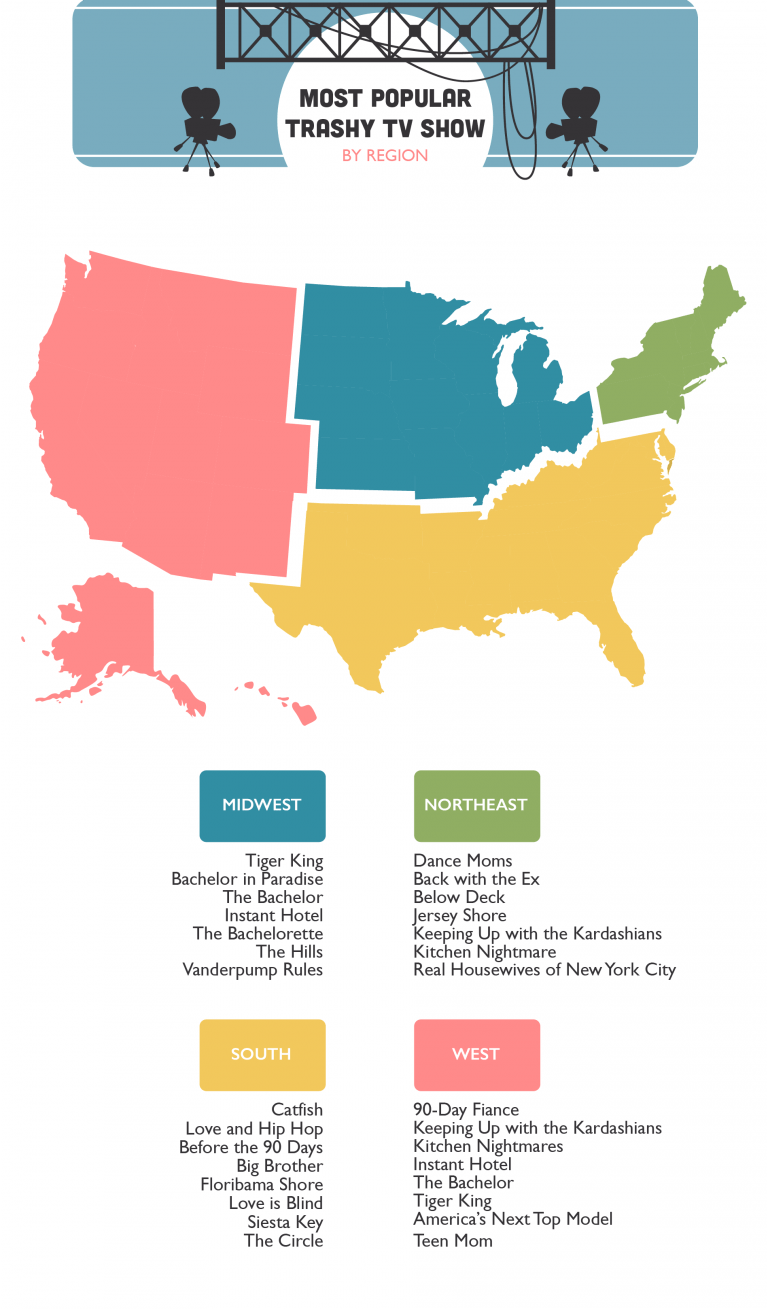 So what is the U.S.'s favorite trashy television show? It's actually a tie.

8 states love to watch Catfish and 8 states also love that b*tch Carole Baskin in Tiger King. If you wanted to get anything out of this survey, just know that is a bunch of sh***y television out there for you to watch!