After the Quad Cities has seen temperatures in the mid to low the 30s the past week, the cold is returning to freeze things up. We can expect highs to be in the single digits and mid-teens the rest of the week with wind chill values reaching down to the below teens later this week.

This fairly warm weather for January has been decent, right? That's going to come to a screeching halt the rest of this week as temperatures begin to fall starting tomorrow (Wednesday).

According to the National Weather Service of the Quad Cities (NWS), a strong Arctic cold front will move through the Quad Cities on Wednesday. We should expect very cold wind chills with values getting close to, or even below, -20°F. Strong winds the next three days will also cause blowing snow Wednesday through Friday.

Wednesday is where the cold will first arrive. We'll see temperatures dropping down to 8°F to 15°F and wind chill values ranging from 0°F to -15°F. Wind gusts on Wednesday could reach up to 30 mph.

Thursday is expected to be our coldest day this week. The high for Thursday will range from single-digit highs and 0°F, and wind chill values are expected to reach down to -10°F to -20°F on Thursday.

We will start to get a little warmer on Friday, but not by much. The high for Friday will be in the mid-teens. 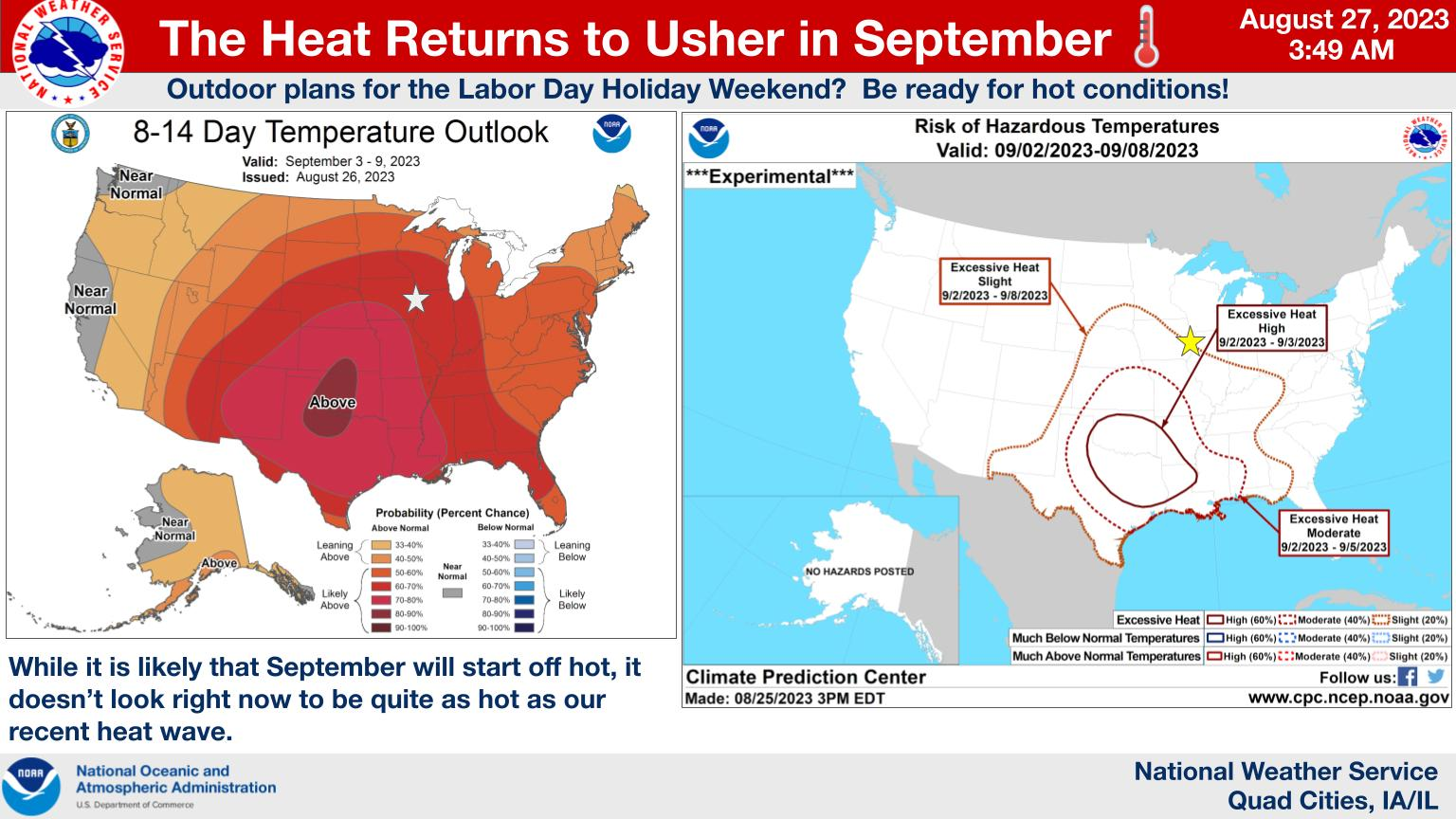 Below is the forecast through Friday, according to the National Weather Service of the Quad Cities:

A home in the Quad Cities has gone on the market and it is worth every penny. This gorgeous LeClaire, IA mansion is selling for $1.25 million and it features a basketball court, home theater, two full kitchens, and so much more. Let's take a look inside.

LOOK: Best Beers From Every State

To find the best beer in each state and Washington D.C., Stacker analyzed January 2020 data from BeerAdvocate, a website that gathers user scores for beer in real-time. BeerAdvocate makes its determinations by compiling consumer ratings for all 50 states and Washington D.C. and applying a weighted rank to each. The weighted rank pulls the beer toward the list's average based on the number of ratings it has and aims to allow lesser-known beers to increase in rank. Only beers with at least 10 rankings to be considered; we took it a step further to only include beers with at least 100 user rankings in our gallery. Keep reading to find out what the best beer is in each of the 50 states and Washington D.C.
Filed Under: Cold, Illinois, Iowa, Quad Cities, temperature, winter, winter 2022, winter weather
Categories: Articles, Local News, News
Comments
Leave A Comment
Eastern Iowa Restaurant Wants You To Shred Your Ex For Free Wings
Will This Be The Last Time Iowa & Illinois Have To ‘Spring Forward’?
Iowa Has Lost It’s Presidential Primary First-In-The-Nation Status
The Quad Cities Chamber Wants To Hear Your QC ‘Boomeranger’ Stories
QC Teacher Of The Week: Taylor Kiel At Hamilton Elementary In Moline
Put Your Ex’s Name Where It Belongs: A Litter Box In Scott County
Chinese Spy Balloon Will Fly Over Illinois
PHOTOS: Muscatine’s First Craft Distillery Is Open For Business
Bundle Up! Extremely Cold Wind Chills To Blast Into The Quad Cities Friday