Things seemed to be getting back to normal. Events are coming back, concerts are happenings, and rescheduled events were moving ahead as planned. One event that was rescheduled due to the COVID-19 pandemic announced that they are canceling altogether. The QC St. Patrick's Day Race that was scheduled for next Saturday has officially been canceled for this year.

Back in February, officials from the CASI St. Patrick's Race were excited to announce that they had rescheduled 2021's race to Saturday, August 28.

But as COVID-19 cases continue to rise once again, on Tuesday, organizers for the race announced some unfortunate news.

"It is with a heavy heart that we share the 2021 CASI St. Patrick's Race Presented by Vibrant Credit Union has been canceled. For 39 years, CASI has taken great pride in providing the best race experience possible for our runners, sponsors, supporters, and volunteers."

After consulting with the county health department, sponsors, and Board, CASI officials said that they don't feel they are able to provide the high-quality race experience that runners have come to expect.

For those who have already registered for next Saturday's race, registration has been automatically transferred to our 40th St. Patrick's Day Race which will be held on Saturday, March 12, 2022.

Runners who would prefer a refund can email CASI at info@casiseniors.org and organizers will get the refund taken care of immediately.

As of now, The Grand Parade XXXV.2 is still a go on Saturday, August 28. The Grand Parade will start in Rock Island at 11:30 a.m. at 23rd St and 4th Ave, cross the Talbot/Centennial Bridge, and end at the River Center on 3rd St in downtown Davenport. 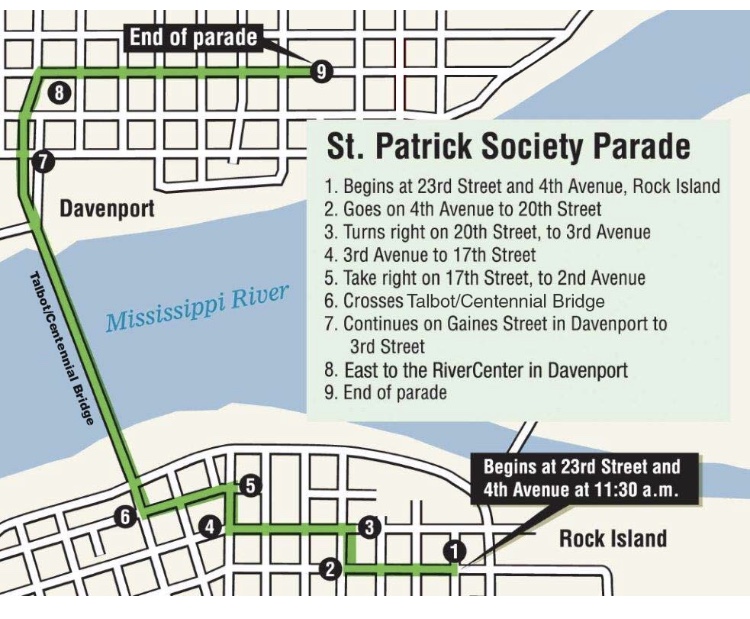 The Hotel Davenport is located at 5202 Brady St. and was reportedly built in the early 1970s. Earlier this year it was decided that this hotel was no longer set to have guests.
According to the Quad Cities times, the Davenport hotel has faced a number of fires, along with safety and health code violations. This has led to the call for its demolition. I've driven past it many times and have seen that the building had clearly began to deteriorate.
It was scheduled for demolition earlier this year, and said demolition began in April. Many involved in this project are excited to see what the future holds for this lot in Davenport.
I drive past this spot every day for work, and over the last month have snagged some pictures of the demolition.

80s Child and Teen TV Stars: Where Are They Now?