If anyone tells you "I eat anything and everything," they are a big liar. There are foods that everyone despises. People don't like food for many reasons, taste, texture, pickiness, getting food poison from a specific food, consuming too much at one time and getting sick from it (thanks Alfredo sauce). A new study has come out showing each state's most hated foods and some of these are pretty legit.

When you think of gross foods, what do you think of? Liver? Anchovies? Bologna? Pickles? Every person has hatred for a particular food item/items. But a new study from our friends at Zippia tells us what food people in each state hate the most.

To find out which food is hated the most in each state, Zippia created list of about 40 of that most controversial foods that make most people not want to come even close to them. After creating that list, they used Google Search Trends to find which of the hate-able foods each state searches the least.

While not everyone hates all of these foods and we know that. But by finding out where people are looking for the least recipes, online food orders and in general have bottom-level search interest in, Zippia could find the food people in each state truly dislike the least.

Some key facts Zippia found in their search includes:

Before we get to which foods the Quad Cities hates the most, here is the map of each state's most hated food: 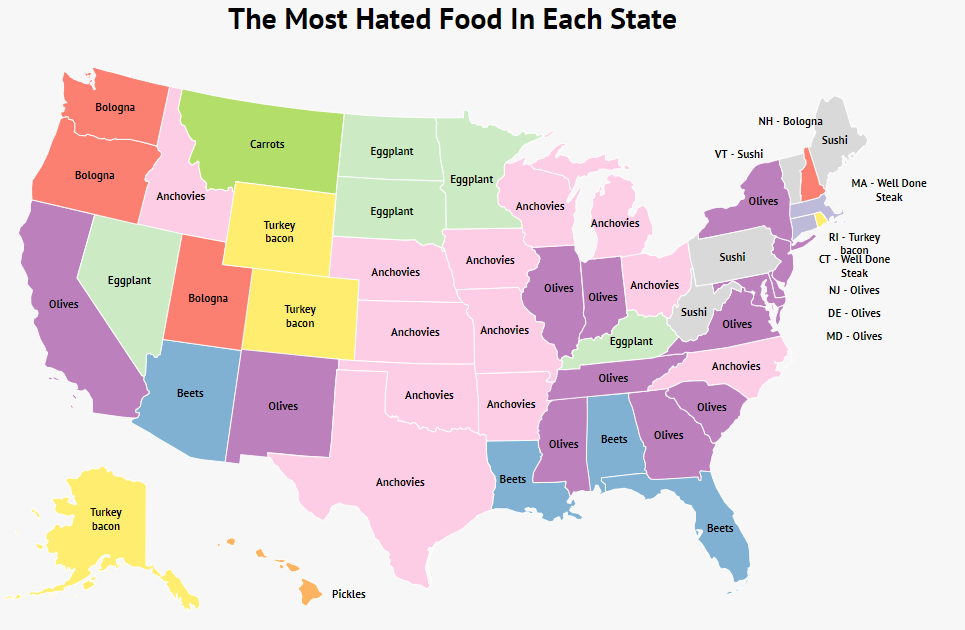 Zippia found that depending on what side of the Mississippi River you're on, depends which food you hate the most.

Zippia found that people in Iowa really despise anchovies. On the Illinois side, people agree with 12 others states and really hate olives. Do they hate black or green olives? Or both?

More details on the study can be found here.