Hate is a strong word, but I have to use it in this article because that's what people were asked in this survey. For those who live in Illinois and like it, you're probably not going to like this article and survey. If you live and Illinois and hate being there, this one is for you.

Our friends over at Zippia wanted to find out the most hated, and most loved states in the Union. To find out where each state falls on this list, they looked at 3 metrics to determine which states are the most hateable, and likable:

To make sure this wasn't an opinion survey and make it scientific, Zippia started by looking at the percent of residents who told Gallup their state is the “worst possible state to live in.”

Finally, to find out what other states thought of each state, they used an Instagram poll from about a year ago which really still holds true.

After sorting through all of that data, this is what they found: 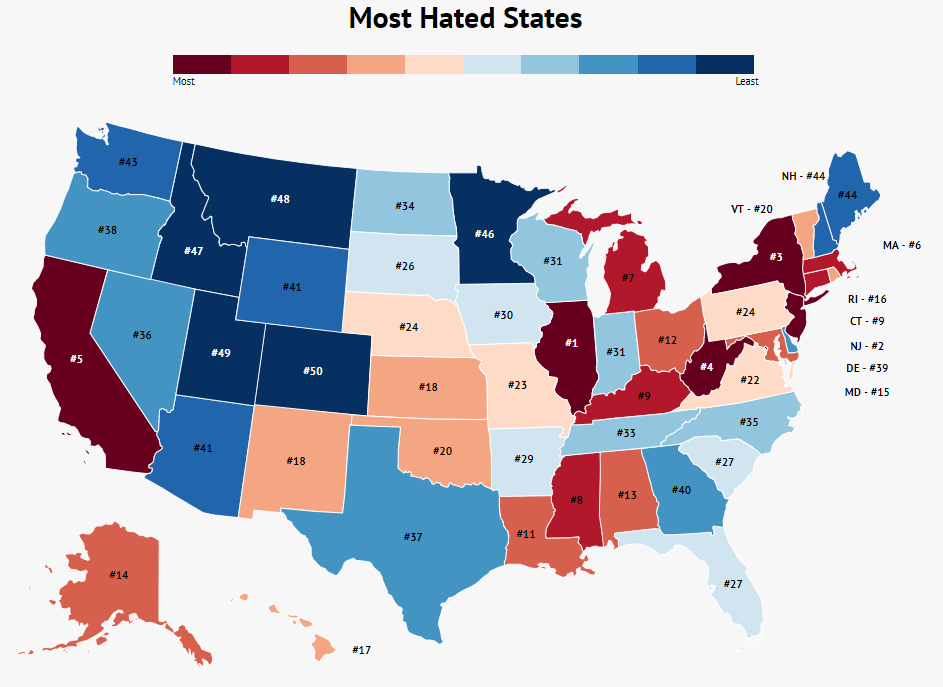 The top 10 most hated states are:

The least hated states are:

According to Zippia, Illinois is the most hated state out of all 50 states. These are Illinois' stats:

Illinois actually has the largest population decrease than any other state in the country.

Where did Iowa land? Pretty much the middle of the pack. Iowa ranked as the 30th most hated state, or 20th most liked state (depending on how you look at it). Only 1 state hates Iowa (stupid Nebraska). I couldn't find the other date about % of residents who say they hate Iowa or the population increase or decrease.

LET'S GO: The most popular historic sites in America