For the fifth year in a row, the team at All Home Connections found the most searched Halloween costume in each state. This list is great because it shows you what your friends might be wearing so you can avoid that costume or the costume they are avoiding so you can wear your state's most popular costume.

As we know, pop culture is very influential on Halloween costumes. People dress up as their favorite television show characters, cartoon characters, serial killers, and anything else that's been relevant in 2022.

How Did They Find Iowa's Most Popular Halloween Costume?

Whether you go as Iowa's most popular Halloween costume or not, we want you to show it off at our annual Halloween Costume Ball! Join us at The Mississippi Valley Fairgrounds on October 28th for:

If you think a Busch Light can, an ear of corn or a farmer was the most popular Halloween costume in Iowa, think again.

All Home Connections found that Iowa's most popular Halloween costume is the classic cat.

All you need to pull this off is some cat ears, some makeup to draw on whiskers, a fake tail, a black shirt, and black pants (you have to be a black cat, duh), and boom, you have a cat costume for Halloween.

Check out the other state's most popular costumes below. 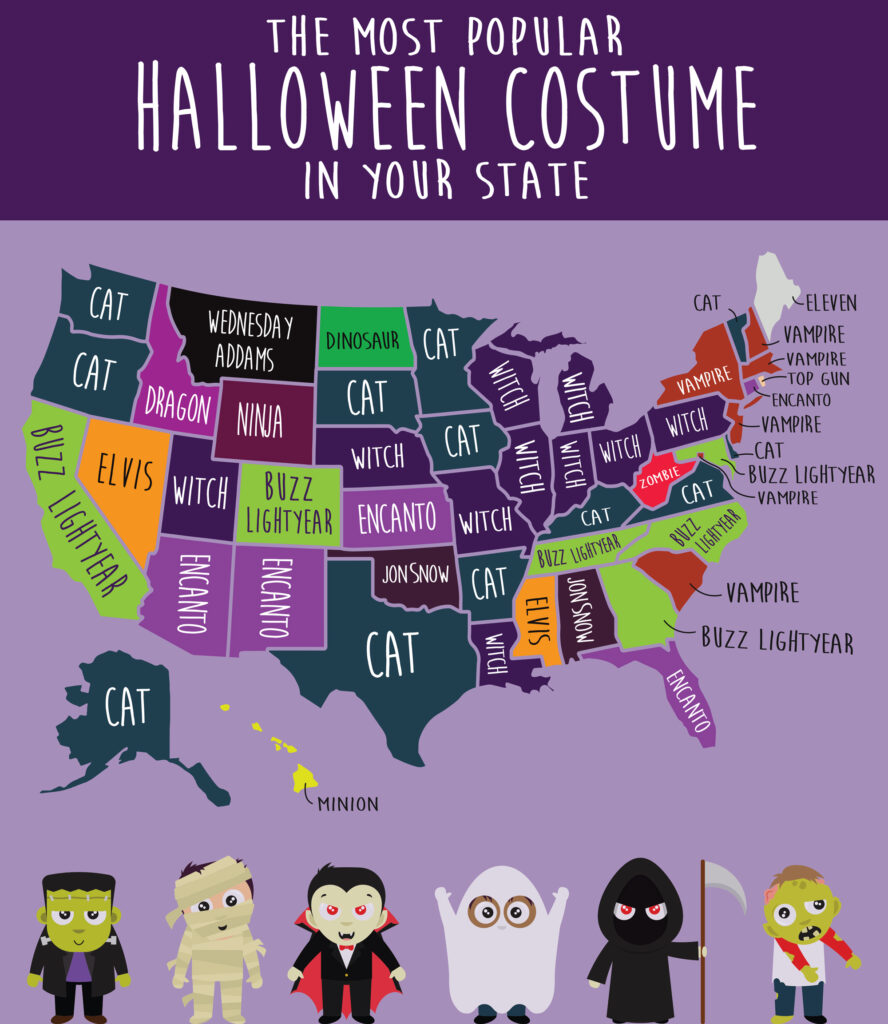 Halloween is a great time of year. It's a chance for people to dress up to be an entirely different person. Some people take the gory route, others jump in giant inflatables, and some people really want to show off what they have been blessed with. If you're looking to take the sexy direction for Halloween this year, these are the Quad Cities' 15 sexiest Halloween costumes.

Spooky season is here Quad Cities! Haunted houses are open and we know you want to get your scare on. We have the full list of Quad City haunted houses you need to visit before Halloween.
Filed Under: 2022 Halloween Ball, cat, costume, halloween 2022, halloween costume, Iowa, Quad Cities
Categories: Articles, Lists, Local News, News, Newsletter, Original Features
Comments
Leave A Comment
The Unique, Interesting Mystery Of Wisconsin’s Abandoned Ghost Ship
Is Squatting Legal In Iowa? It’s Complicated
Two Iconic Events To Bring 99 Years Of Tradition To Davenport
Eastern Iowa is Home to the Best Restaurant in the Whole State
More Snow & Colder Temps Are Heading For Eastern Iowa, Northwestern Illinois
QC Teacher Of The Week: Linda Anderson At Ridgewood Elementary In Rock Island
What Gas Station Workers On I-80 Really Think About Davenport
More Sonic Drive-Ins Could Be Coming To Eastern Iowa
Contractor Dies In Accident While Working On Project At Adventureland